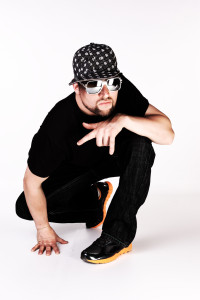 In 2021 Changer had hundreds of thousands of views and numerous collaborations with American veteran artist “Apathy” from The Demigodz/USA, and Canadian award winning “Lee Reed” as well as legendary Hip-Hop artists Kool Keith & Death Row former artist RBX. Hip-hop is a game – and it’s time for a game-changer. Make that a game-ChAnGeR – (The Former Single Father). Born of French, Scots and Aboriginal roots, bred from the streets of the gritty, steel city (Hamilton, Ontario). ChAnGeR represents an uncommon attitude in hip-hop – a new sound, a new point of view.  A single father since the age of seventeen, ChAnGeR is a different voice in a genre where so many voices are exactly the damn same. His perspectives range from being a caring sole custodian father, to raising awareness regarding his Mom & Dad’s mental disease issues. ChAnGeR (A.K.A. ChangerMusic) has had a passion for music since he was four years old, where his adoptive step Grandma utilized music to calm the post traumatic events that Changer evolved from for the first two years of his life. He couldn’t talk due to the beatings he received from his biological Mom, for the first two year of his life. She was in jail for killing his baby infant brother until 1990. Even more passionate in his teen years, ChAnGeR studied various music and honed his skills while writing, producing and performing his current catchy songs. Music for ChAnGeR is more than just a party, it’s the medicine that changed him for the better. It’s the air that heals, the vent through which he expresses the frustrations, fear, pride and accomplishments of being a sole custodian/single father/child abuse survivor.

It isn’t easy to hear where ChangerMusic’s sound comes from, because he imitates no one.  He finds influence in artists as disparate as KRS-ONE, Eminem, Justin Timberlake, AC/DC and Big Pun; Dre, Primo, Timbaland, and the RZA/Wu.  Changer writes from the perspective he knows – a factory working artist in a middle-class town, graduating from sharing a one-bedroom apartment with his son, to surviving poverty and buying a house right across the street. Variety and hard hitting drums are found throughout ChAnGeRMusic’s discography available HERE.

From Changer’s former distribution deal with Hamilton’s Sonic Unyon, to performing in Alberta and Toronto’s 2016 and 2017 Canadian Hip-Hop Music Awards, where he earned 7 nominations for best artist of the year, amongst others, his roots and progress have been cemented. ChangerMusic has opened for Dr. Dre’s son, Curtis Young and wrote to one of his tracks, as well as performed at Hamilton’s Art Fest, but his favorite accomplishments came from his #keephiphoppin album that he dedicated to his mother who passed away. Changer has evolved from a struggling single father lyric based artist, to a diverse, all around relatable songwriter and role model. His voice changes, his sound changes and ChangerMusic’s subject matter is no longer just about representing single father’s now.

SPITSICKBEATS is Changer’s new label home, where their upcoming projects for 2022 include “Thirsty Tipsy” and a concept album with personal memoir’s from ChangerMusic’s teen dad years. Stay tuned for more change and follow along. Listen for yourself below, or choose your platform HERE.

Join the newsletter. Get FREE songs emailed to you instantly. Click Here